Previous Next
The Wasting Generation? 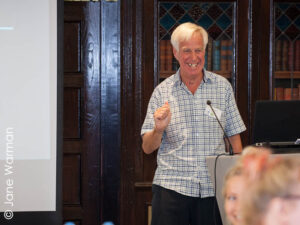 David Sharrod, Chief Executive of Yorkshire Dales Millennium Trust tells his story, highlighting the importance of the need to provide support to get into environmental jobs.

My first blog. Mind you, way back in time I did something similar. I wrote a diary for The Sunday Times newspaper about being an unemployed young graduate during a dark period. They called it “The Wasting Generation.”

Sounds familiar? The pandemic, rising unemployment and young people worrying what their future holds have brought back intense memories. I feel for any of you in the same situation now. I can’t give advice; maybe though just share some of my own story and reflections that may help you think.

1982. I don’t want to go on about “the bad old days” but it felt awful; desperate. Similarities to now. Unemployment was 3 times higher then, even worse for young people. The news was all gloom. Deep divisions in society in “Thatcher’s Britain”. Echoes of BLM with riots that started in Brixton and Toxteth but spread even to boring Derby where I was. Dig out “Ghost Town” by The Specials; never did a Number One song better reflect the mood of a generation. As climate change hangs over us, so then did nuclear war; many friends were convinced we were on the verge of the apocalypse.

Personally having left home to go to Uni I had to crawl back to my parents, and spent 18 months there, unemployed, broke and feeling isolated. Strained family relationships to put it mildly. Nobody used the words wellbeing or mental health then, but it affected me profoundly in ways I still contend with.

Did anything positive come out of it though? Well I really know my birdsong, for which I thank Mrs Thatcher! As with lockdown now, I forced myself into a daily routine; cycling out to green places where I obsessively learned and listed birds and flowers. We talk now about physical and mental wellbeing and purpose. Then I just knew it was keeping me from sliding into depression – or worse. It became a core part of my life; being part of nature and the seasons; a source of lifelong joy. Just today, hearing the first Woodpecker drumming transformed my mood.

I also gained more respect and empathy for others’ different lives and roles, including what we now call key workers. I grabbed whatever work I could – odd days or weeks, often cash in hand; labouring, cleaning toilets in an A&E dept (that was an eye-opener!); warehouse, factory, hotel and bar-work, anything. Gave me knowledge and skills I have used a surprising amount, but more importantly I saw the pride in doing any job well, in serving and helping others; and the sheer fun of living in a diverse society. “Variety is the Spice of Life”.

I also volunteered and joined local groups. Purpose again, but also being with others who shared an interest in nature reduced isolation and gave me a sense of perspective –  particularly  from older people; it can get very intense just mixing with your peers – even before social media existed. As it turned out, that volunteering was very useful in getting jobs later on – it looks good on any CV.

Eventually I got on a Government scheme for the long-term unemployed, doing Environmental Education in Warrington, with an enlightened boss ahead of his time, who had us doing strange things we might now call Forest Schools. We planted thousands of trees. I enjoyed working with children, and that led to being offered a place on a teacher training course. However…in a life-changing mad moment as I sat waiting to begin it, I realised that those hard months had actually made me determined to do something with my life that I really cared about. Telling my parents I was turning it down and coming home again was “challenging”. Then I got that one break we all need; a warden’s job, living out on the Farne Islands working with seabirds, grey seals and visitors. That led to many years of working on nature reserves all over the country. Short contracts, terrible pay, amazing wildlife experiences, learning a lot, living in fabulous places from a 12th century tower to a lifeboat house; and a whole series of leaky old caravans. New friends everywhere and so much laughter.

Jump to today. I’m still trying to change the world in my small way. I find myself as Chief Executive of an environmental charity. I still volunteer; now as a Trustee and Chair of several other 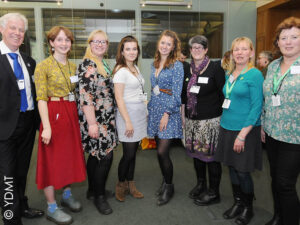 charities including a Wildlife Trust. I’m involved nationally, lobby for change in parliament and elsewhere, I chase money to do good things, I…well, let’s face it basically I sit in meetings every day or stare at a computer screen.

This may seem like just my boring story, but there were so many of us who lived through that time. I look around and see how many leaders in the environmental and wider progressive world, friends I admire, came through that period with similar stories which have hard-wired our views of the world… Don’t be fooled either; yes many of us may have apparently “establishment” jobs but we are if anything even more passionate, even angry, about issues. I cheer on activists largely from the sidelines; although one of my favourite moments just before lockdown was to walk straight out of a meeting at the Treasury in Whitehall to briefly join friends with XR outside the Bank of England, still in my suit. I may have grey hair but I am still a punk in my heart.

Perhaps above all though that time gave me a deep commitment to supporting young people who want to change the world but can’t see their way through. Being a very small part of putting Our Bright Future together and then the humbling (and scary) job of chairing it for a while is one of the best things I’ve ever done. As a dear friend said when it started “Our Bright Future is the movement I’ve been waiting for all my life.” If only it had been around when I needed it; it brings so many opportunities, and I hope a network of friends and support for life, so please, please take full advantage.

I said I wouldn’t give advice but hang in there; don’t despair about your own situation or the state of the world:  learn, help, care, grab any support and mentoring, take every opportunity especially the mad scary ones, and above all remember to enjoy the natural world and what you are trying to do for it; or how can you possibly share that passion with others? I cannot tell you how impressed, grateful, and OK I admit it, a little bit jealous I feel when I meet all the astonishing young people that are involved with this movement. You are amazing.

Another Wasting Generation then? NO. Our Bright Future!