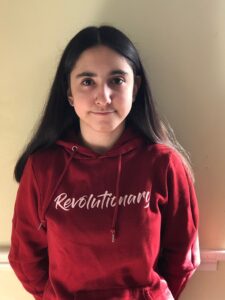 This blog is written by Gemma, a 16-year-old Our Bright Future Youth Forum Rep who lives in York. She gives her view on how water has affected where she lives and the future solutions that could help York adapt to higher river levels.

Water. Water is a substance we often overlook and ignore but it can be the source of life itself or the source of great tragedy and sorrow.

The city of York, found in the north of England, has been built around the River Ouse which flows right through the city centre. The city’s relationship with the river has been troubled since 1263 as shown by records, however as time passed the city of York became more prepared to fight the floodwater. Many defences were made against the flooding and protection of the river Ouse over the years. The largest flood of the century happened in 2000 when the river water rose to 5.5 meters above its ordinary height flooding 540 buildings and bringing the city to stand still for 3 days.

However, the flooding that’s perhaps even more instilled in the minds of the young people living in York was the Boxing Day flood of 2015 that brought much devastation to the citizens of York. The River Ouse peaked 5.2 meters above summertime height and 500 homes were flooded. This meant that over 300 people were advised to evacuate or stay alert and temporary accommodation was needed for over a hundred people across York. There weren’t many people in York unaffected by the floods, from the people who evacuated and business directly affected by the floods, to the staff and patients who struggled to travel to and from York Hospital and the families and friends of the affected. A local enquiry was put into place after the floods with plans to improve local response, education and barriers in case of another flood. David Cameron, Prime Minister at the time, visited York and pledged an extra £40 million to fight the flood and help with flood defence in York and Yorkshire.

Sadly what happened in York was not uncommon as towards the end of 2015 many parts of northern England were flooded. For citizens of York, heavy rain is always a concern; for local businesses surrounding the river 2020 was a tough year after some were forced to shut, or kept under alert. This was down to light flooding in February due to storm Dennis, and the nationwide lockdown that followed in March. In January 2021 York saw more flooding and issues after the River Ouse rose again to 4.64 meters. Further funding of £2 million is being considered for a flood defence plan. This comes after residents in the Fordland’s Road and Fordland’s Crescent area are having to use a 4X4 vehicle to get to school, work and their homes due to heavy rain. The increased funding would mean the current flood wall is extended as well as a new valve flap installed at the Germany Beck culvert and a new pumping station built.

For the city of York and many other cities in northern England, as well as the rest of the UK, good flood defence is a necessity. People’s lives and local businesses continue to be affected by floods in 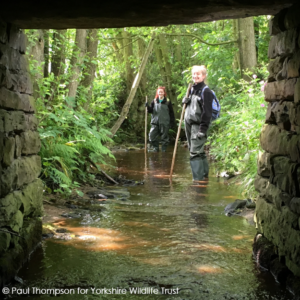 unprecedented ways causing stress and anxiety to entire communities There are many arguments about the causes and solutions to the flooding. The idea that climate change and global warming is the issue with suggestions to improve woodlands and wetlands to reduce runoff of water is contrasted by many. Hard engineered flood defences seem to be the go-to method of flood control however they are expensive and rarely improve ecological aspects of the river corridors according to Forest Research’s study of flood risk alleviation. There are now suggestions that floodplain woodlands and moisture-retaining soils alleviate downstream flooding as they absorb water better. However many soils are compacted by machinery and farm animals and so they struggle to absorb water.

Local councils and supporting agencies do so much work for flood defence and preparation to ensure that their citizens are safe, despite tight budgets. However, there is space for much improvement in the flood defences of York and northern England and perhaps research is needed on cost-effective and effective systems working with nature not against.

One thing is for certain: as global warming continues on its track, its effects will be heard and it’s the most vulnerable communities who will suffer if we don’t take action. Water represents life itself but has the power of destroying it. Water is a power we need to learn to live with not against. Water.

I hope I have convinced you that water is such an important topic. If you’re interested in giving your opinion on future water management and having your views heard, why not join The Environment Agency event on 16 March, from 5pm to 7pm – more information here.

This website uses cookies so that we can provide you with the best user experience. By continuing to use this site you are accepting the use of cookies. Find out more.
Go to Top